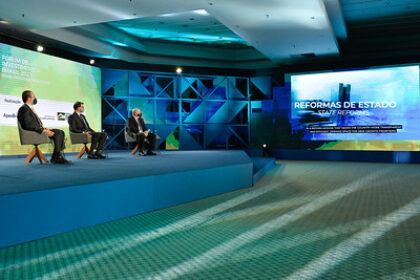 For the first time in an online edition, the investment forum brought qualified discussions aimed at investors.

An innovation environment with the potential to generate more business, promoting sustainability and adaptation in the context of the Covid-19 crisis. This was the feeling during the first day of the Brasil Investment Forum – BIF, held online on Monday,
May 31. The President of Brazil, Jair Bolsonaro, was the highlight of the first day, participating in the opening of the fourth edition of the largest forum for investment attraction in Latin America, held fully online for the first time.

The international event kicked off with the participation of more than 6,000 registered participants from 101 countries. The expectation was that, throughout its two-day duration, BIF would create unique conditions for investment decisions, the development of partnerships and the expansion of operations already in place in Brazil.  During the event, 60 investment projects were presented to the participants, with an estimated value of US$ 72.5 billion, and the expectation was that, based on the forum,
US$ 50 billion in investments will be announced between 2021 and 2022, with the potential to generate 22,000 jobs. The data was highlighted by President Jair Bolsonaro in his opening speech.

The entire program of the forum was broadcast online, and matchmaking services were also offered to the participants, via an online platform. Investors had access to the presentation of public and private projects in Brazil with high potential attractiveness. Since the first day of the event, the networking system in the online platform was the stage for meetings with top-level federal and state government officials.

In addition to the meetings promoted by this edition, BIF’s schedule included a keynote session, two parallel sessions, and four panels, bringing together speakers who shared knowledge that can help identify challenges, advances, and opportunities. The idea was to promote partnerships and project future scenarios for Foreign Direct Investments (FDI) in Brazil.

President Jair Bolsonaro emphasized that the current government is committed to reforms and structuring projects to reduce the “Brazil cost”: “It is about refining norms and policies to improve the business environment. For this, we design tax solutions that ensure macroeconomic stability in a context of budgetary challenge.” Also according to the president, the Brazilian government plans, “at the same time, greater openness and economic freedom, more competition and greater stimulus to private initiative, while reserving to the State the role it should play in several public policies essential to development”.

The Brasil Investment Forum (BIF) was organized by Apex-Brasil, the Inter-American Development Bank (IDB) and the Brazilian Federal Government. The forum is officially sponsored by BRF and Itaipu Binacional, and sponsored by Petrobras and Smar Technology Company.

In the first panel of this edition of BIF, the organizers brought an inevitable debate: the “post-pandemic world”. In the session involving the global economy, the systemic risks and governance challenges were discussed, as well as the “new normal”. The panel brought reflections about a new economy, new labor relations, the acceleration in digital means of payments, and a new look at the planet and its sustainability. “Brazil has a lot of potential to develop in the foreign market. We see Brazil as a country with great potential for productivity. Brazilians are visibly engaged”, pointed out the Vice President of Countries at the Inter-American Development Bank (IDB), Richard Martínez.

The second panel, “Industry: Impacts of digitalization, servitization, IoT and Industry 4.0”, discussed the revolution in the industrial market, which occurs constantly and quickly, transforming not only the way to produce, but also the way companies relate to customers and suppliers. The meeting opened space for the presentation of strategies that aim to increase, in the coming years, the use of new technologies, thus creating new business models. One of the panel’s participants, the Special Secretary of Productivity, Employment and Competitiveness of the Ministry of Economy, Carlos da Costa, highlighted that Brazil is investing in actions aimed at technological development.

According to Costa, the national industry has endured a long period of falling productivity and a reduction in the segment’s share of the national Gross Domestic Product (GDP), but public policies in the field of technology are starting to show results. “Within the digital agenda, we are implementing new regulatory frameworks and developing the foundations of Industry 4.0,” he said.

The role of Foreign Direct Investment (FDI) and the reform agenda in Brazil’s
post-pandemic growth was the theme of BIF’s third panel. According to the head of the Investment Division of the Organization for Economic Cooperation and Development (OECD), Ana Novik, the government’s efforts to accelerate the necessary reforms and privatizations are configured as positive points to attract more and more Foreign Direct Investment. “We have to look at foreign investments and the growth potential of the country. It is very important to increase FDI because if you don’t have direct investment, you won’t have sustainable investment,” Novik stressed.

The high-level panels ended with a discussion about the energy transition in Brazil, covering the importance of renewable energy and FDI. Brazil, which stands out in the use of renewable energy, presents promising elements: a vast offer of clean sources, still with great potential to be exploited, and a growing consumer market. This was pointed out by the Minister of Mines and Energy, Bento Albuquerque, who highlighted the positive results of the RenovaBio program and the Brazilian history in the implementation of public policies for the segment: “Our transportation matrix is considered the cleanest in the world. An initiative that began 50 years ago and is being improved because biofuels and bioenergy policies are an international reference, and we can be proud of this”.

The Brasil Investment Forum continued until Tuesday (June 1st) with an extensive program. The participants followed debates on sectors and strategic themes of society, such as infrastructure, innovation, agriculture, and the regulatory agenda. To learn more about the event, the speakers, and the program, please visit www.brasilinvestmentforum.com.

Service
To send questions and other requests : inpacto.apexbrasil@inpacto.co 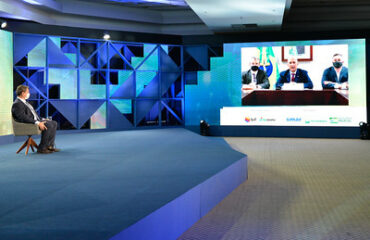 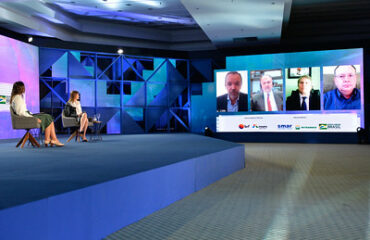 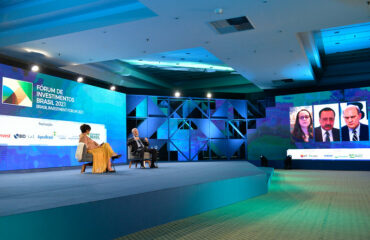